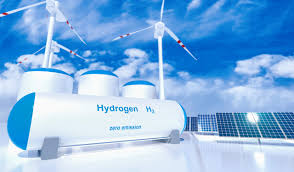 Proponents of CopperString 2.0, the proposed 1,100km high-voltage transmission line connecting the North West to the national grid, have welcomed its prioritisation by the State Government to strengthen Queensland’s plan to be a renewable and hydrogen superpower.

“The Premier made it clear that developing the half a trillion dollars of critical minerals in the North West was the key to that ambition. The Premier is expecting CopperString to power that ambition, and we can deliver,” Mr O’Brien said.

“The CopperString corridor between Townsville and Mount Isa cuts through the heart of the best wind and solar resources in Queensland to fuel new renewable energy projects that will power the development of the minerals and electrify their processing in North Queensland.

“Greener, cleaner power harnessed by CopperString will also serve the creation of a world-leading hydrogen export hub in Townsville to lead the State’s decarbonisation.

“We are proud to be part of these plans and deliver the jobs and economic development of the north for the benefit of all Queenslanders,” he said.

Premier Annastacia Palaszczuk this afternoon restated her comments from earlier this year that the State Government was entering into an implementation agreement with CopperString.