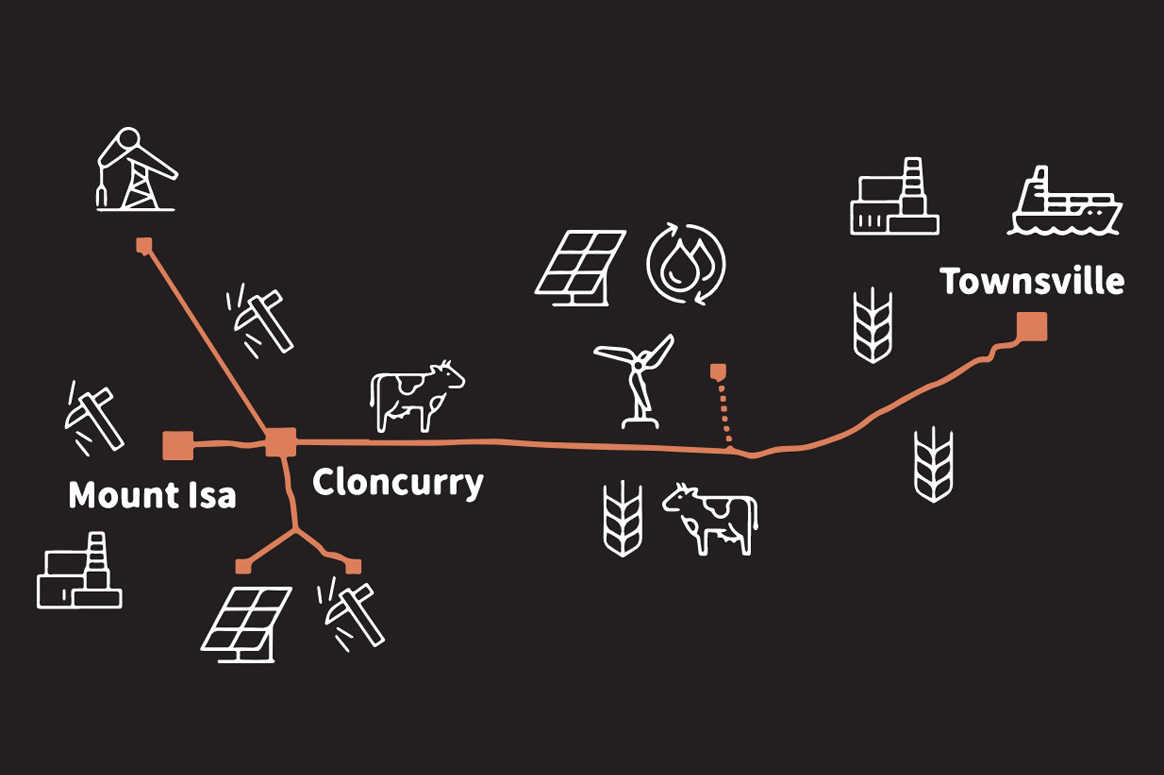 CopperString as big as Great Northern Railway in benefits.

CuString Pty, the proponents of CopperString 2.0, the proposed high voltage transmission network to connect the State’s North West to the National Electricity Market, has likened the transformative effects of the project to the Great Northern Railway which transports billions worth of minerals and metals for export each year.

Speaking at the Smart Energy Council’s Queensland State Summit in Brisbane today, CuString Managing Director Mr Joseph O’Brien said the company’s “transformational energy infrastructure” could deliver opportunities akin to the Railway which has “delivered “economic returns to Australia that rival any infrastructure investment in our history.”

“It is estimated the value of these known in-situ reserves in the North West Minerals Province is $740 billion, 12 months ago it was $680 billion; that’s an increase of about $1b per week. And when you “dig” into the exploration data you realise we have barely scratched the surface.

“The North West Minerals Province has the critical, new economy minerals that are in great demand around the world. We need to develop these mineral reserves not just for ourselves, but for the rest of the world.

“The development of renewable energy, advanced manufacturing and battery storage technologies is dependent on access to these minerals. Our ability to develop these minerals and all the opportunities afforded across Northern Queensland relies on building energy infrastructure that aligns most closely with our long-term economic development opportunities,” he said.

Mr O’Brien said northern Queensland was one of the most important regional zones in Australia boasting massive potential and a long list of unique inputs.

“This is the status quo, the opportunities ahead of us building on this existing and mature platform are enormous, and they are important to economic growth and environmental objectives.”

Mr O’Brien said the project was on track to be “shovel-ready” by October with the continuing support of the State and Federal Governments and was expected for completion in 2024.

“CopperString is a transmission line, but it is also a bridge – a bridge to the economic and environmental opportunity afforded by growing our minerals sector and transitioning our energy systems to a lowemissions power system,” he said.