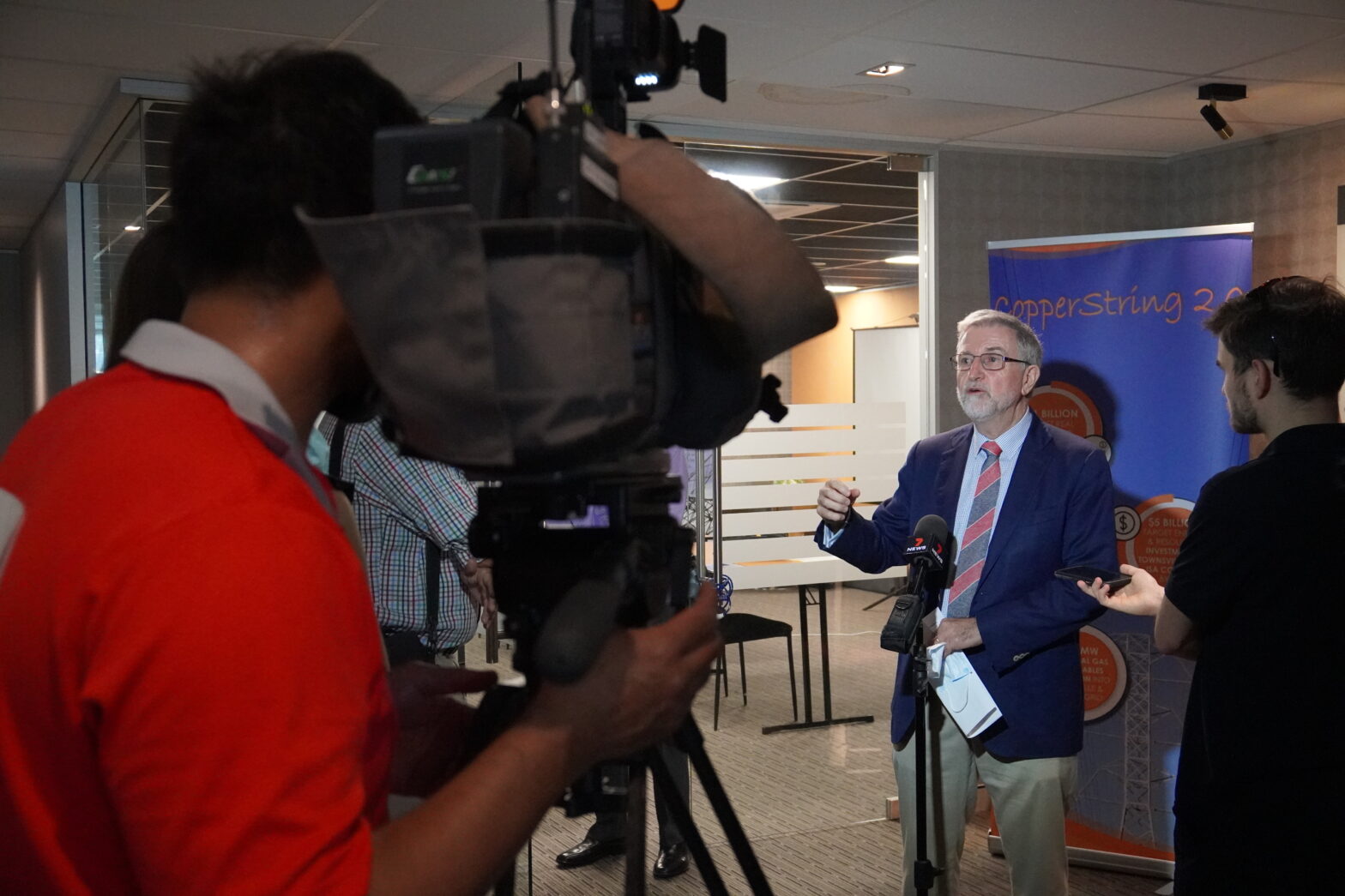 CopperString 2.0 to be “shovel ready” in October

CopperString 2.0, the proposed high voltage transmission network to connect the State’s North West to the National Electricity Market, is expected to be “shovel-ready” by October, its project developers announced in Townsville today.

Ahead of a Regional Reference Group (RRG) meeting in Townsville tomorrow to be chaired by Hon Tony McGrady AM, CuString Pty Ltd Chairman and Townsville businessman John O’Brien said the project would be ready to “pull the trigger” in October pending final government approvals.

“With the support of the Queensland and Australian Governments who are critical to orchestrate the growth of Northern Queensland’s clean industrial economy, we will be ready to pull the trigger on our open access, game-changing infrastructure and commence construction before the end of the year,” Mr O’Brien said.

“CopperString 2.0 will extend the national transmission grid through a 1,100km power network which will not only create greater energy security, but it will also power the growth of new opportunities for minerals, industrial manufacturing, clean energy large-scale agriculture and greater access to faster broadband at a time when government around the world are intensely focused on secure minerals supply.”

Due for completion in 2024 and supporting 750 construction jobs and 3,560 long-term indirect jobs, CopperString 2.0 development priorities are:

Mr O’Brien will tell the RRG meeting that other announcements important to local communities will be made in coming weeks, including information sessions regarding procurement opportunities, and the broadband initiative that will see CopperString’s high-capacity fibre optic cable become available to strengthen communications services across the Townsville to Mount Isa corridor.

Mr McGrady said the strong support from the Queensland and Australian Governments was recognition of the transformational potential of CopperString 2.0.

“The North West Minerals Province has the critical, new economy minerals that are in great demand around the world. We need to develop these mineral reserves not just for ourselves, but for the rest of the world,” Mr McGrady said.

“The development of renewable energy, advanced manufacturing and battery storage technologies is dependent on access to these minerals. Our ability to develop these minerals reserves relies on clean energy and we have the best in the world and we need to build it at scale.

“CopperString 2.0 provides the infrastructure to energise those ambitions, I am very pleased with the
project’s progress and the momentum it has with leaders, Ministers and senior government officials in both
Brisbane and Canberra,” he said.